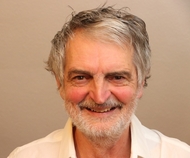 Wolfgang Paul was born in 1951. At age 22 he completed his PhD in Theoretical Computer Science at Saarland University. He was a post doc at Cornell University working in complexity theory and then became a tenured associate professor of mathematics at the University of Bielefeld at age 25. After finishing a professional cooking degree at a Michelin 1-star restaurant he worked from 1982 to 1986 as a Research Staff Member in the Theory Group and the Physics Department of IBMs Almaden Research Lab. From 1986 to 2016 he was a full professor for Computer Architecture and Parallel Computing at Saarland University, where he served as the Chairman of Computer Science, Dean of Engineering and Acting Head of the universities computing center. From 2003 to 2007 he was the Scientific Coordinator of the projects 'Verisoft' and 'Verisoft-XT', two large projects aiming at the pervasive formal verification of entire computer systems from the gate level to the applications. From 2016 to 2020 he was a Senior Professor at Saarland University. Since August 2020 he is a Professor of Computer Science at Kutaisi International University.

Wolfgang Paul holds an IBM invention achievement award, a Leibniz Award, an honorary doctorate degree from Pacific State University (Russia) and is a member of Academia Europaea. He has successfully supervised 65 PhD students many of which had distinguished careers in academia and industry.
His professional research interests include Hardware Design, Computer Architecture, Formal Verification of Processors and Microkernels.
Wolfgang Paul has a driver’s license for motorcycle and a black belt in Karate.

Helmut Seidl graduated in Mathematics (1983) and received his Ph.D. degree in Computer Science (1986) from the University of Frankfurt/Main, Germany. He received his Dr. Habil. (1994) from the University of Saarbrücken. From 1994 until 2003 he was full Professor at the University of Trier. Since then he holds the chair for "Languages and Specification Formalisms" at TU München.
From 2009 to 2018 he was the speaker of the research training group PUMA ("Programm- Und Modell-Analyse") and now is speaker of the research training group ConVeY ("Continuous Verification of CYber-Physical Systems").
From 2013 to 2019 he was the Dean of Studies at TUM. In that period, he was involved in installing a quality management infra-structure and has helped to establish course programs for Games Engineering as well as Data Engineering. He himself has taught courses on Object-oriented Programming with Java, Functional Programming with Ocaml, a course on Fundamentals of Algorithms and Data-structures as well as a variety of advanced courses in the area of Compiler Construction.
His research agenda aims at improving safety and security of systems. He has made technical contributions to the static analysis of programs by abstract interpretation and model checking. He has developed efficient generic fixpoint algorithms, expressive domains for numerical invariants. He is interested in the analysis of concurrent and parametric systems as well as of safety critical C programs. He has also worked on information flow analysis, the analysis of cryptographic protocols, and technical formalisms for that such as tree automata and Horn clauses.